Admittedly, we are now more than mid-way through the year. BUT I am only going to talk about books that I read up until the end of June, so it’s sort of like I actually wrote it in June? Kind of??

ANYWAY. Let’s just answer the questions, shall we? 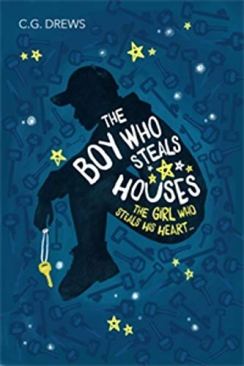 The Boy who Steals Houses by C.G. Drews

Brothers? Runaways? Angst? Big family with snarky, very accurate sibling interaction? Brownies? Other food? So many reasons to CRY? Accurate representation of glitter as the evil invention it actually is??

This book has ALL of this and more.

Sam and Avery are my CHILDREN. Must protect them. This book is my jam.

Vango: Between Sky and Earth by Timothée de Fombelle (translated by Sarah Ardizzone)

No, I did not read it in the original French.

This book is a little bit like a cross-between the movie The Bourne Identity (main character is fluent in a billion languages+he doesn’t exactly know who he is+half the world is trying to kill him and he doesn’t know why+general gallivanting across Europe) and the book Code Name Verity (historical fiction set during World War II+ Scottish brother and sister who live in a castle…in Scotland).

I’m super endeared to Vango, and I don’t even know why. 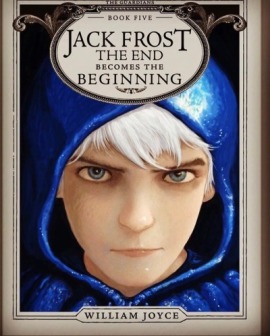 Jack Frost: The End Becomes the Beginning by William Joyce

…Did I really just say that?

Is this book AMAZING? No. Is 87% of the reason I like it because of the pictures? Quite possibly.

I’ve been waiting for this book to come out for something like five years. Usually this means that I get all hyped up and am more likely to be disappointed, but for some reason with this book I was just glad that it finally came out. I enjoyed reading about the transition from being Nightlight to being Jack Frost. I’ve always been fascinated by the character of Peter Pan, and William Joyce readily admits that Jack Frost is partially based on Peter Pan…so I guess I was destined to like him?

Also, can we all just take a moment to appreciate the beauty that is this illustration??

Me as the super mature “adult” that I am: “OH MY GOSH LOOK AT THIS PICTURE. LOOK AT THE TECHNIQUE. DO YOU REALIZE THAT SOMEONE DID THIS WITH A PENCIL??” 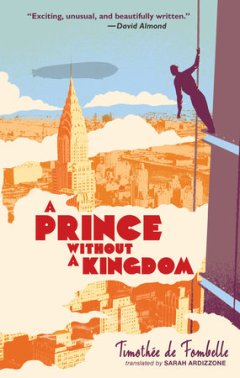 This book and the first one are so much two parts of the same story that I have a hard time actually remembering what happens in which book.

Basically there’s more of Vango climbing up buildings and things to avoid getting killed. There’s more food. There’s also more backstory! Because we need to know these things. 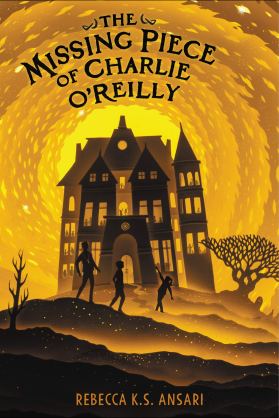 So all of my sisters read this before me and told me I should read it. Then, before I could read it, one of them said something that spoiled a major plot point…and I was completely oblivious. I guess I was concentrating really hard on my sandwich? I didn’t even hear. Thus, I did not see said plot point coming. At all. And it was BEAUTIFUL.

Even though my sisters all liked it, I wasn’t expecting to like this book as much as I did. So SURPRISE.

A Bandit’s Tale by Deborah Hopkinson

…Does it count as a disappointment if you weren’t expecting anything?

I picked it up because there was a kid dressed like a newsie on the cover, so why not? And pickpockets are cool (in books, mind you. In real life I am an upstanding, law-abiding citizen….mostly). There were definite Oliver Twist parallels, and I love Oliver Twist…but I just didn’t care. About anything.

I guess I’ll just say Timothée de Fombelle? Because he’s one of the only new author’s that I actually read multiple books by…

It’s weird because there were aspects of his writing style that I would think would annoy me/ bore me, but they don’t. Sometimes there’s a lack of subtlety, but for some reason it works? And I don’t know why? But I really like it??

Sam from The Boy Who Steals Houses: Because there have been people in his life that I would like to throw off a bridge and he’s so focused on taking care of his brother and he just wants a home and I just want to cry.

Jonathan from The Missing Piece of Charlie O’Reilly: He made a mistake that hurt someone he loves and he will do ANYTHING to fix it and he just NEEDS A HUG.

7. Book that made you happy?

Things that made me happy about this book:

The Bone Sparrow by Zana Fraillon

This book didn’t actually make me cry. The fact is, I haven’t read any books that literally made me cry this year. BUT. This book made me want to cry.

He’s basically an older brother to Subhi and…and…No spoilers, but STUFF HAPPENS AND I HAVE FEELINGS.

Also The Boy Who Steals Houses by C.G. Drews

Because Sam! And Avery! And the ENDING. And the MIDDLE. AND BASICALLY THE WHOLE BOOK. 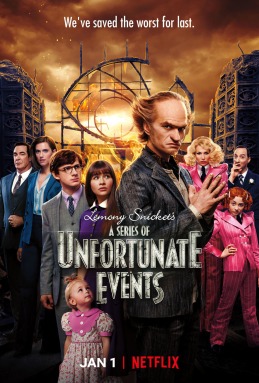 A Series of Unfortunate Events Season 3

Hush, I know it’s not a movie.

I’m still in awe that this exists. It’s hard enough to adapt a standalone book into a movie and so often the sequels go downhill- but this series adapted THIRTEEN BOOKS and it STAYED AMAZING.

Season 3 introduced some of my favorite characters from the books (especially KIT. KIT SNICKET IS MY HERO). Also The Penultimate Peril brings back characters from earlier in the series like JUSTICE STRAUSS (*screaming*). And the way they did the end??? The way The Penultimate Peril ended? And the way The End started?? My sister and I may or may not have actually been squeaking and squealing and shouting “Wait- is it?? Are they??” (and the rest of our family kept looking at us like What is wrong with you??)

Suffice it to say, this is one of the best book-to-“movie” adaptions I’ve seen in a long time. And I’m still freaking out about it.

10. What books do you need to read by the end of the year?

The Book Thief by Markus Zusak

THIS IS JUST SAD.

Know why? Because this is the same answer I gave to this question when I did this post LAST YEAR. I said I wanted to re-read this book. And GUESS WHAT?

I still haven’t gotten around to re-reading it. AND I WANT TO SO BAD. The writing is SO BEAUTIFUL. And the characters?? I love them ALL.

I also want to re-read every one of Kate DiCamillo‘s books. Because her books are POETRY and they are BEAUTIFUL.

What’s the best book you’ve read so far this year? Who are your newest favorite characters? Have you read any of these books? Do you ever freak out over illustrations? Have you ever been completely oblivious to someone spoiling a book for you? Do tell!