Skip to content
Posted on June 8, 2020 by The Temperamental Writer

Hello there, world! I hope you are all well and safe. This has been a rough and crazy year so far for everyone. I’ve been doing a lot of tap-dancing, baking and–strangely enough–compulsive cleaning in an effort to stay positive. Whatever works, I guess?

By now, I’m sure no one is surprised anymore when I “mysteriously” disappear for the duration of the school semester, but summer is now approaching! And thus, I have shaken off my academic chains and find myself able to return to the world of blogging (hopefully??).

So here’s a messy sort of recap of what I’ve been up to since I posted last .

So…I haven’t actually read that many books for fun this year?? I had a lot of reading for my English classes, as well as work for other classes, and I was doing shows and….there was just very little time.

BUT I did get to read some great books for my Victorian literature class! We read Jane Eyre, which I’ve been wanting to re-read for a while, so that worked out nicely.

Can we just take a moment to appreciate how smartly Charlotte Bronte articulates complex human emotions/experiences? Reading it this time, this quote from Mrs. Reed really stuck out to me:

“…you affirmed that the very thought of me made you sick, and asserted that I had treated you with miserable cruelty. I could not forget my own sensations when you thus started up and poured out the venom of your mind: I felt fear, as if an animal that I had struck or pushed had looked up at me with human eyes and cursed me in a man’s voice” (Jane Eyre volume II chapter VI)

Mrs. Reed is confronted with the fact that she has been mistreating Jane, but instead of the horror of that realization propelling her to change, her reaction is to hate Jane even more for revealing her own cruelty, and I just?? It’s so twisted, but so human???

For the same class, we also read Dracula. It was my first time reading it, and it was surprisingly enjoyable.A few random facts/reasons to read it:

I’ve never read a book about vampires before, but it turned out to be quite good fun. 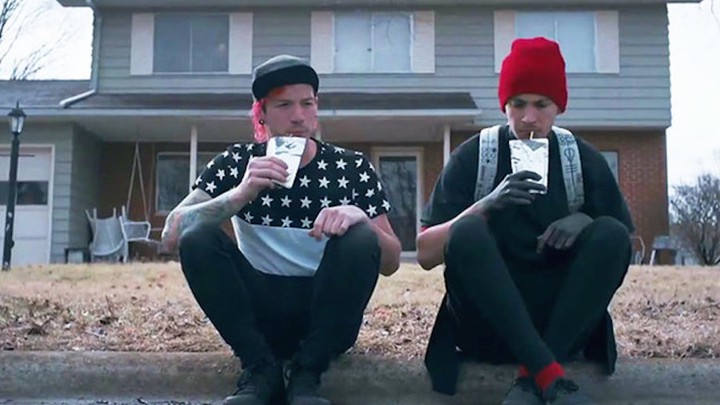 So…yeah. A few months ago my cousin started telling me all the Twenty One Pilots songs I needed to listen to, so I listened to those songs…and every other song. And here we are.

What’s not to love?

Also, my sisters and I now regularly walk up to each other and scream “I AM NOT AS FINE AS I SEEM. Pardon.” So there’s that.

…and I’ll stop now before I list every song on every album.

I’ve done quite a bit of writing these past few months. What have I been writing about? Well, let’s look at my Google search history, shall we?

I’m sure that clears everything up.

One project I worked on was a one-act play about Orpheus and Eurydice (not inspired by Hadestown at ALL). My sister suggested the idea of a play that takes place entirely in the time that they’re walking out of the underworld. I got all excited, but then she said she wasn’t going to write it and that I had to. SO I DID.

But here are a few snippets anyway, because why not?

In other news, at the beginning of this year I was planning on doing Camp Nanowrimo in July (as I have the past 2 years)…but now I don’t think that is going to happen. Why, you ask?

And it’s a sequel. To a book I was not planning on writing a sequel to. So here we are.

I’m hoping to finish the first draft by the end of this month, but even if I do, turning right around and jumping into a new novel next month sounds like…something I will not be doing.

I just hit 40k words this morning. The plot is a mess. I don’t know who the characters are anymore. But enjoy these snippets with zero context!

And there you have it.

Oh! One last thing I did: I graduated from college! Which was….somewhat anticlimactic. For obvious reasons. But I have my degree now! And maybe, since I won’t be in school this fall, I could actually do Nanowrimo in November?? Who knows??

What have you been up to? Have you read any Victorian Literature? Do you listen to Twenty One Pilots? If so, what are your favorite songs? What have you been writing? What recent Google searches have you made in the name of writing? Do tell!

15 thoughts on “What I’ve been up to- Victorian Lit, Writerly Google Searches, and Snippets”